The next day after breakfast we drove to the Kauai Plantation, where we had scheduled a four hour tour which included riding on the plantation’s railroad, feeding some of the animals living there, lunch, and a hike where we tasted a multitude of different fruits (and picked some to take back to the condo). I struck up a conversation with Lou the engineer, and hearing that I worked in the industry, he invited me to ride with him in the 1948 GE locomotive for the return leg of the trip. 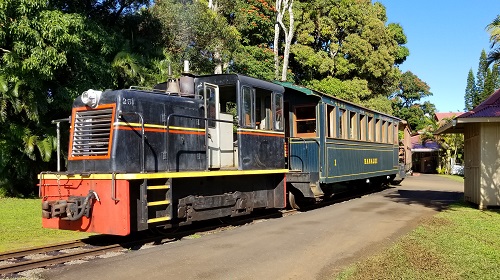 The following day we instead directed ourselves to the north side of the island. Our first stop was to see the beautiful and photogenic Kilauea Lighthouse. 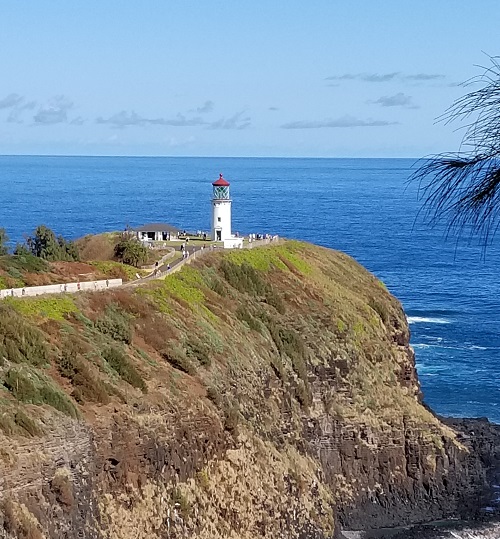 We continued on until we could drive no further — the highway was closed to all but locals due to landslides from last year’s heavy rainstorms. It happened to be right at Hanalei Beach Park on Hanalei Bay. It was very pleasant walking along the bay thanks to the nearby mountain cloud cover shading us from the direct sun.

We then turned south and spent the afternoon relaxing at Poipu Beach, along with among other things three monk seals.

On our last day, we worked to take in a few more sights before heading for home. First in line were a couple nearby waterfalls — the kind you didn’t have to hike to ;). First was the outstanding ‘Opaeka’a Falls… 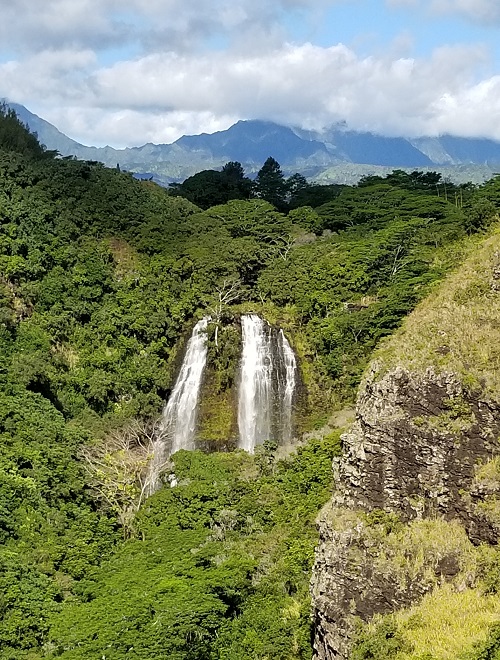 …and the second the equally outstanding Wailua Falls. 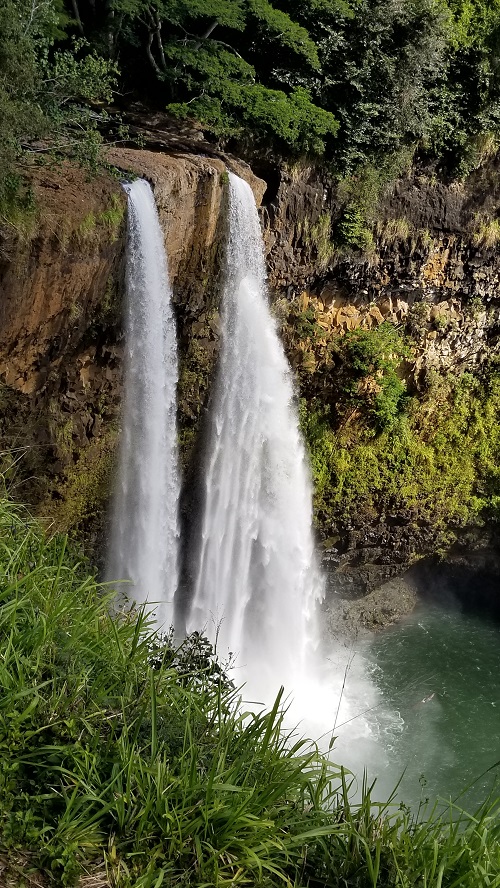 With time to kill, we thought we’d give Waimea Canyon another go. We sought out some different viewpoints, but were again disappointed by clouds on the north end — have to get there much earlier in the day, it seems. On our return to Waimea, we took a little stroll down the fairway of the 42nd Waimea Town Celebration and visited with a few locals.

Continuing around towards the airport, we swung by Spouting Horn, where we got to watch the several blowholes in the porous lava as the waves forced water to shoot out in geysers from the top. Oh, and finally — whales! Off in the distance two whale watcher boats on the horizon had whales spouting between them, and a nearer group even had one crash the surface a bit.

We were a bit torn when it came to leaving beautiful island of Kauai and returning home. We can’t wait the five years for our 35th anniversary!

This entry was posted in Hawaii and tagged anniversary, Kauai, vacation. Bookmark the permalink.