As our 30th anniversary approached, and as Southwest Airlines rumors spread of flights to Hawaii in the future, Mo began planning a reprise trip of our earlier visit the Hawaiian islands. In this case, we beat Southwest there.

While our trip five years ago was to the Big Island and Oahu, this time around we are returning to the Big Island and then visiting Kauai for the first time. After a rough flight out, we arrived in Kona, picked up our rental car, and checked in to our condo. We already knew the area a bit as it was only a couple blocks from the Royal Kona Resort where we had stayed previously. 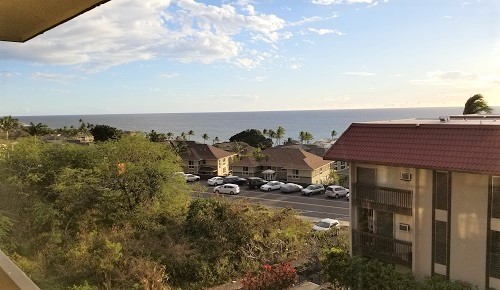 the view from our Kona condo

We had a bit of déjà vu when again my tour of the summit of Mauna Kea and evening stargazing was thwarted by overcast/bad weather.

The Big Island isn’t known for its beaches, but we thought we’d explore the NW portion of the island, where we hadn’t spent much time previously. We packed our beach chairs and headed north to Manini’owali Beach. Nestled between the volcanic rock were some nice sandy locations, and we pulled up a cozy spot where we could relax and watch the handful of surfers. 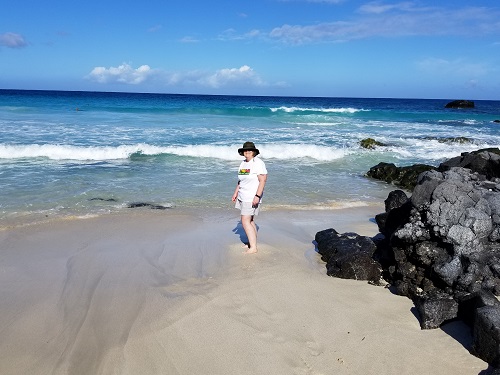 We then drove on to Weimea for a bite to eat before stopping by the historic Parker Ranch. We had plenty of time to meander back to Kona in time for drinks at sunset at Don the Beachcomber.

The next day we pointed the car southward and followed the coast down to South Point. The ten mile drive off of Hawaii Belt Road was more interesting this time around due as we noticed several of what turned out to be Asian mongoose along the roadway. It was sunny and warm, but were disappointed though not to see whales rounding the point this time around.

We continued around to Hilo for lunch, then drove the Saddle Road for the first time (60 mph!) and urged our 4-cylinder rental up the switchbacks to the Mauna Kea Visitor Information Center where spent a little time at 9,000 ft before returning to Kona.

We said goodbye to the Big Island, and then flew to Kauai (Kauai: pt 2)