The new Topps 2014 Update set just came out, and of the dozen Twins cards in the set two are nice NCIS-worthy horizontal action shots. Let’s see if we can use the clues in the photos to nail down the exact plays they captured… 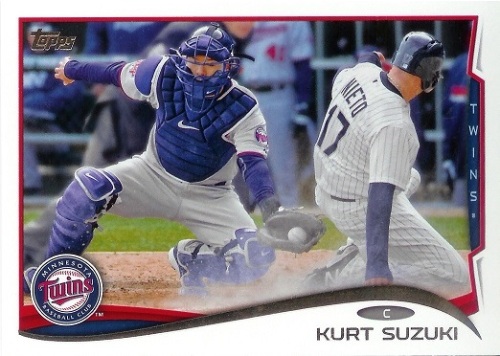 So, what do we have here? Well:

The usual gang at WGOM made the observation that all the players pictured are wearing long sleeves, indicating a good chance that the game was played early in the season; this also makes sense given Topps’ timeframe for the set release. Knowing that, there really is only one game he has a sniff of home plate against the Twins before the end of July.

On April 2nd in the second game of the season, in the 9th inning while Glen Perkins is in the process of blowing a save, Nieto comes in as a PR for pinch hitter Paul Konerko. He takes second on a single, and then scores on a single to left fielder Jason Kubel. Sox go on to win 7-6 on a 11th inning walkoff BB/WP. Easy peasy. 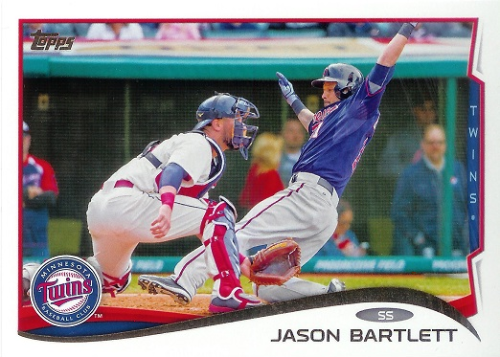 What can we tell about this photo?

I’m afraid this one’s going to also be an easy one — Jason Bartlett played in three games during the 2014 season (why Topps has to include him in the set, I don’t know). Based on the catcher’s uniform, it’s got to be Yan Gomes of the Indians waiting on the ball. Well, Bartlett only played in one game against the Indians this season.

On April 6th, in the top of the 6th in his third AB in the game, he is HBP to load the bases. Chris Colabello, the next batter, hits a deep fly to the LF gap to clear the bases, Bartlett scoring all the way from first. The Twins would go on to win the game 10-7, and that at bat would be the last of Jason Bartlett’s career.

Apparently we behaved ourselves last year when we were invited to stay with Mo’s brother’s family at their beachfront rental in Ocean City, NJ, because they invited us back again this year. Who are we to say no? 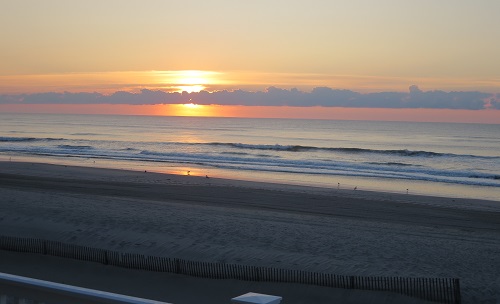 This year K got to go as well, taking vacation from her new job to do so. It was nice that she could see her NJ cousins’ extended family after so many years.

We played it cool this year, relaxing on the beach and/or in the house, with wonderful ocean breezes drifting through the windows. We took advantage of a budding bartender in our midst to sample a few different drinks while we were there. My Almond Joey favorite didn’t go over all the well with others, but Mo found a new favorite in the Jolly Rancher. 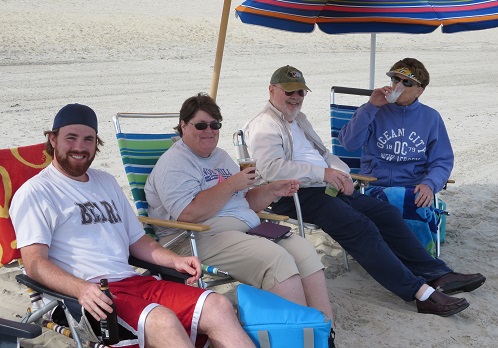 the bar is open

The weather was cool and beautiful, with the wind picking up the last day and a half we were there. Fewer windsurfers were visible than last time; we instead saw more dolphins in the distance passing by. 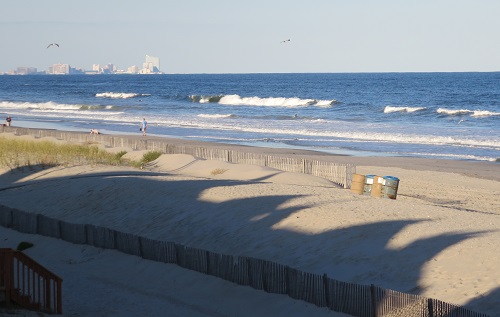 afternoon surf, with Atlantic City in the background

Yep, this bit of vacation was much needed and well spent — a good time was had by all. 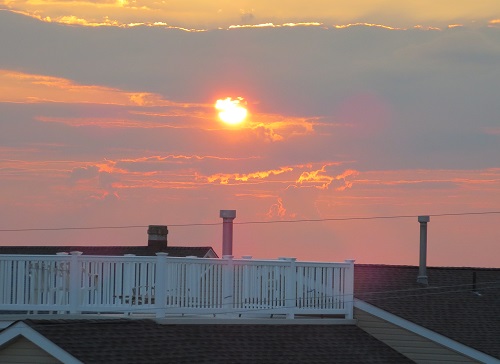