Even more teams added to my trade bait page, now including Padres and A’s; looking to trade for Twins cards from my wantlists. You can easily get to the list just under “BASEBALL CARDS” in the dropdown at the top of each page.

I contacted madding at Cards on Cards after his “30 Teams in 30 Posts” featured the Twins – but not quick enough to beat PatP contacting him 😦 – and we worked out a small Cards-for-Twins trade.

Thanks again, madding, and hopefully the Cards get back to being a little more consistent with their winning!

Time for another investigative baseball card post. This card arrived in a recent trade, and the presence of an action shot with a throwback uniform made me think that we could probably nail down the actual play in the photo:

What do we see initially? Well,
1) Corey Koskie has made a headfirst slide into second base
2) It’s a day game, and it’s not in the Metrodome
3) That’s a White Sox player in a throwback uniform

What did the Citizens of WGOM determine this time?
– the uniform is the 1917 Throwback, which the White Sox wore at home on Sundays that season
– the Twins only played one Sunday game (3PM) at New Comisky, on April 22nd
– Koskie only reached second twice; the first was when he walked, and then Ortiz walked right after him, but in the 8th inning he hit a line drive double to deep right field. He then scored on the next at bat when David Ortiz hit his 5th HR of the year. The White Sox player looks to be shortstop Royce Clayton, who would correctly be covering the bag on that play.

The Twins went on to win the game 4-2, and the two runs scoring on the HR turned out to be the difference in the game. As was pointed out in the discussion at WGOM, Koskie had only one game in the 19 that year against the White Sox in which he didn’t reach base: July 4th. He was a likable and under appreciated ballplayer — in his 2001 season, he was a 20/20 man that was 25th in the MVP voting.

A Couple Of Giant Trades (And More Trade Bait)

Well, one of the trades was for San Francisco Giants cards, but I pretty much consider all trades a giant trade 😉

I approached arpsmith at Arpsmith’s Sportscard Obsession about a trade, knowing he collected Giants, of which I had several at my trade bait page (I’ve recently added Dodgers, Mets, and White Sox cards — check ’em out). He took a good chunk of the Giants trade bait list, and in exchange he plowed through my wantlists and sent some nice stuff. 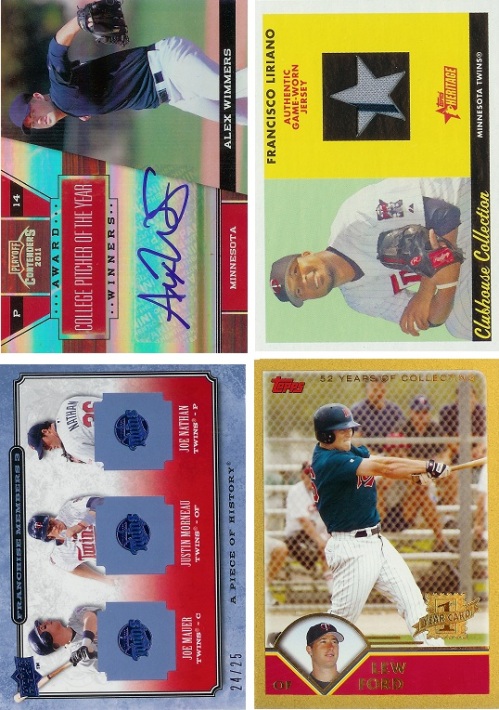 The second trade was with William at foul bunt. William had a sweet looking 2011 Topps Marquee card that I asked about, and we worked out a trade for it. It really is a beautiful card, in spite of being numbered to 199. 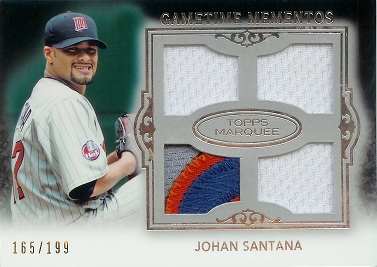 …Joe Mays, that is. He was the standard “pitch okay but have great numbers and get a multi-year contract only to get injured and then not do much of anything” pitcher for the turn-of-the-century Twins.

I contacted Nick from Dime Boxes — The Low-End Baseball Card Collector’s Journey after seeing an uncirculated Glen Perkins card in his trade bait webpage, and Nick then hit my trade bait page and wantlists and the base was set for a nice trade. Nick had cards from several different sets, and this was a great first trade between us.

And hopefully this isn’t the last trade between us — thanks a lot, Nick!

Before I get to honoring the prize package, I wanted to list a couple recent trades. First, one more swap with BobFranklin from SCA, Phillies-for-Twins:

Lastly, I want to express my appreciation to Brian of 30-Year Old Cardboard who held a contest celebrating his 500,000th(!) hit. I was randomly selected for the top prize, this beauty: 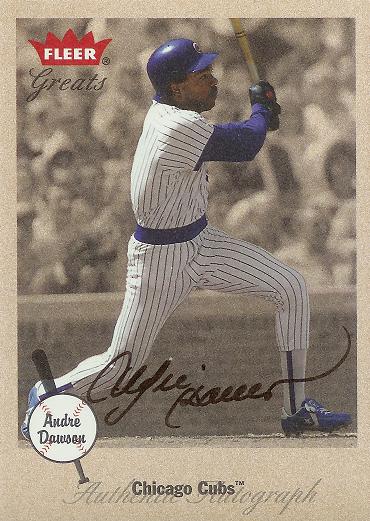 And Brian already has 8,000 hits since then! I gotta get me one of those kind of counters. 😉 Thanks again for the great prize; The Hawk was a quality player.

Have a great weekend!