[I’ve put my header in black after hearing of the news of Harmon Killebrew’s death. You’ll be greatly missed, Killer.]

A while back I registered at SportsCardFun.com in order to talk trade with someone there. I decided to look around as well, and found moosehead92’s trade request looking for another Twins collector to swap dupes with. Don pointed me to his webpage, and I began digging through my (mostly unsorted) cards for some he was looking for. Meanwhile, he had found ~80 cards from just my Topps 2000s wantlist, so pressure was on. Don also had a second wantlist, and I was able to pull several more from that list to trade, too, coming up with ~80 cards myself.

What did Don send me? Well, several Chrome and Opening Day, Topps Total, Heritage, T-205, Allen & Ginter, and even a few Gallery and Stadium Club. In a future post, I’ll even show the auto card and relic card he graciously included. 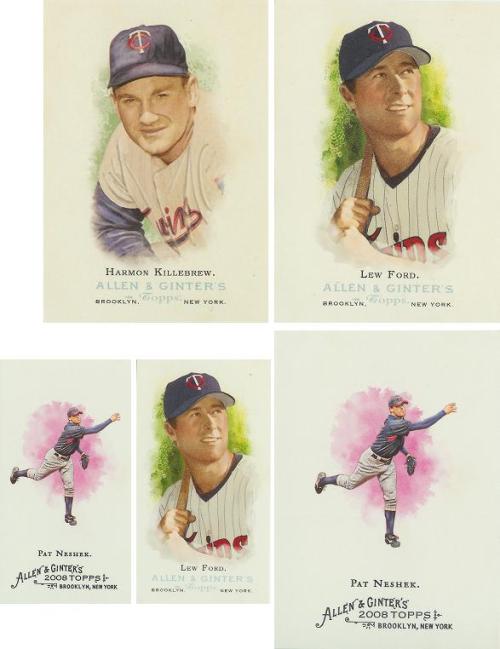 And among all the Topps 2000s, he even included a couple Score and Leaf Alex Cole cards that I needed. 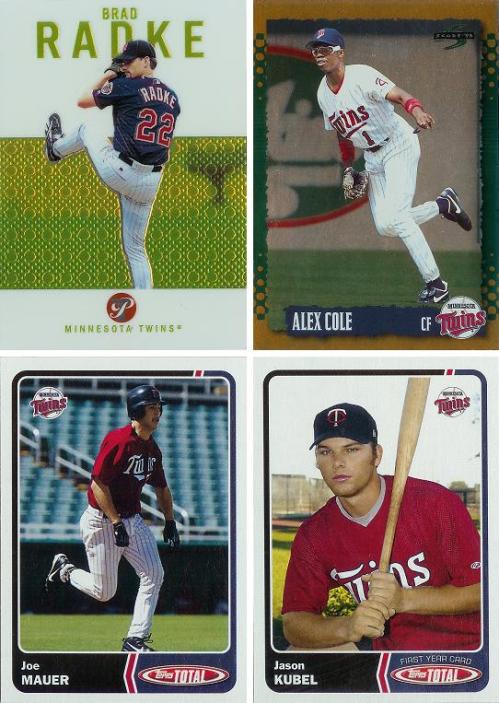 Thanks greatly, Don! I’ll check back periodically and see if I can’t find some more for you.

This entry was posted in baseball cards and tagged moosehead92. Bookmark the permalink.

One response to “moosehead92”