Joe Morgan: The guy that wrote “Albedo 0.39” can’t teach me about the Earth. That is what I meant. If you haven’t been on the planet, why should I listen to your song? How can that person teach me about the Earth? I learn plenty about the Earth everyday. Every Sunday night I learn something. The Earth changes almost every day. But I’m still not going to listen to “Albedo 0.39” or songs written by people who haven’t been on the planet or really experienced what goes on in life on the Earth. *

* Okay, that’s been paraphrased; Joe said that about Moneyball, not “Albedo 0.39”, but since it’s Music Friday at WGOM, well, hey! Just reminiscing about the song and all the “stats” in it had me thinking that obviously Joe Morgan wouldn’t care for the song at all.
Vangelis was a favorite of “my group” in college, and “Albedo 0.39” is a nice little spoken word track.

With October 31st almost upon us, I thought I’d post a few costume photos from the past, fwiw. These are not highlights (good God, no!) but just pictures I happened to have found lying around…

Halloween 1973
Bro Al on the left and me, just about ready to take to the car and do havoc on the neighboring farm homes. 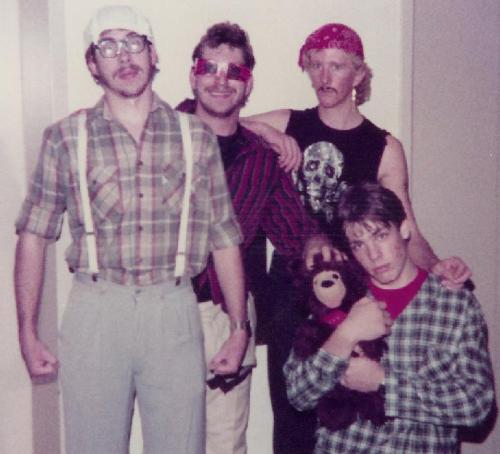 Halloween 1986
This was just after US News & World Report reporter Nicholas Daniloff was held in Russia on spying charges (notice press pass tucked into hat brim). The key to all good photos is to hold an impressive pose.

Interestingly enough, the hat and trenchcoat have been my typical “costume” for the past several years, mostly because their convenient, warm, and still just as scary!

It’s Friday, which means time for the random 10 songs, today compliments of Pandora.

NYBBNUTT from NYBBNUTT’s Baseball Card Trading Page left a comment on one of my past posts, and between us we started trade talks. I already had a Yankees spreadsheet of stuff to trade, by when I received a list of Twins cards, I was initially let down — the page with Puckett cards was standard fare, but then there were several Molitor cards that caught my eye, and by the last page I was hooked. I shipped off several vintage cards, and in exchange NYBBNUTT to a big chunk out of my early 2000’s Bowman and Bazooka needs. 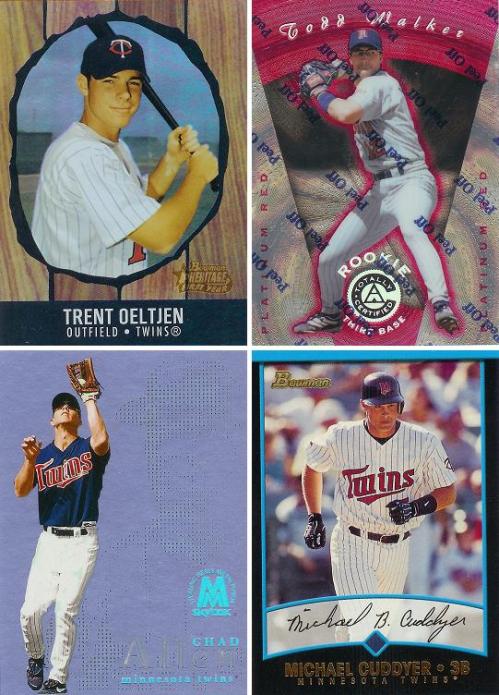 END_OF_DOCUMENT_TOKEN_TO_BE_REPLACED

A Smed Package from the Heart of Twins Territory

I recently completed a trade with Smed at (where else?) Smed’s Baseball Card Blog, and when the package arrived and I opened it, the first thing I had to say was, “Dude, you sent too much!” The second thing I had to say was, “Thanks!” We had agreed in general on what we were swapping, but with a couple relics among the bonus cards, I was very pleasantly surprised. 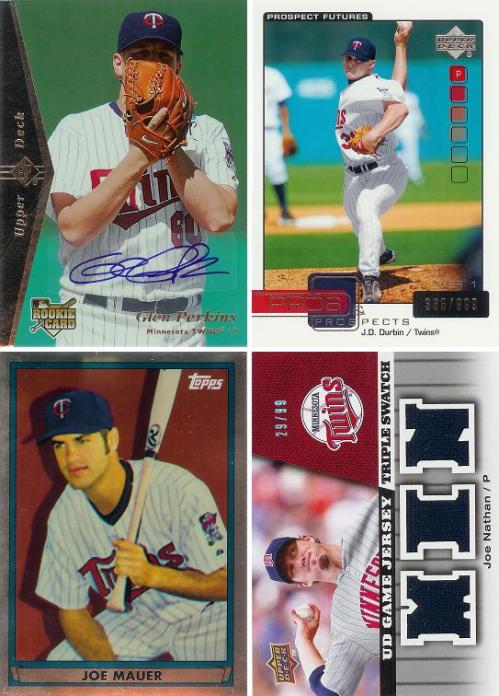 END_OF_DOCUMENT_TOKEN_TO_BE_REPLACED

My Recent Trade…I Love It!!

A recent package arrived from Wicked Ortega at My Past Time…I Love It!! I had jumped at one of his famous Trade Bait posts, offering up a Jason Bartlett auto (Rays) for a Jason Bartlett auto (Twins), which became the centerpieces of a small trade between us. The Wicked One made a few additional wantlist hits as well with some bonus cards:

Trade Terminology, and a Make-Good P(s)TBNL

This list isn’t comprehensive by a long shot, but here’s a list of some terms I use when describing trades. Nothing earth shattering, like “bipping” someone (hat remains tipped towards Thorzul), but just some terminology I’ll throw out from time to time.

Feel free to use ’em (they’re free!), and post a few of your favorites in the comment section.

In a surprise gesture from White Sox Cards, a package arrived the other day containing a make-good PTBNL (see above). I don’t need to get into the hows and whys of it, but what made this package unexpected was that there was a SECOND player to be named later as well!

Dude, how very AL Central of you! 😉 I’ve already started stock-piling more stuff for you. Looks like a dosey-doe in the works…