In the fall of 1984, not long after starting work at Hughes Aircraft in LA (my first job out of college), my good friend Mark called from Phoenix and asked if I would be up for hiking the Grand Canyon, and I immediately said, “Yes!”  We chose to make a two-day hike over Thanksgiving holiday weekend (some of us didn’t have vacation days built up yet).

Bright and early the day before Thanksgiving, five of us left Phoenix and reached the South Kaibab trailhead, where a light snowfall had fallen overnight.  Mark made sure we were well supplied, and we started off on the first day of our hike.

(from Google Earth: south is at the top)  the two day hike began at [S] South Kaibab trailhead to [C] Colorado River, then up to [I] Indian Garden campgrounds, and ended at [B] Bright Angel trailhead

END_OF_DOCUMENT_TOKEN_TO_BE_REPLACED

Well, I set WMP to the “Pop” genre, but I’m not sure I agree with all these songs’ designations; may have to do some adjusting…

Toad the Wet Sprocket is one of those groups I never appreciated at the time but enjoy now.  And Vitamin Z was a great 80’s pop group that never quite got off the ground.

Thorzul Will Rule: Trade Me Anything III

Well, this is one baseball card trade that was a bit different. Thorzul over at Thorzul Will Rule is in his third incarnation of his “Trade Me Anything” series. Noticing that he had a Twins card that I lacked, I took him up on his offer and traded him a Eugene, OR to Vancouver, BC Amtrak schedule (plus a couple Brewers items). As the sixth person to trade on this go-round, here is what I received in return: 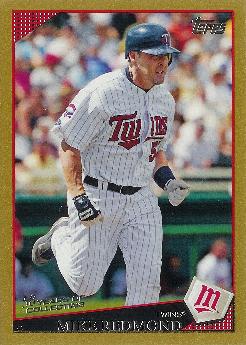 I’m really surprised this card is an update; didn’t Topps have enough cards in their base set to include the backup catcher, particularly one who’s a veteran and been on the team for several years? I guess not.

Anyway, this was a lot of fun, Thorzul, and I’ll look forward to it the next time it comes around.  Best of luck in your collecting!

Tagged Mike Redmond, Thorzul Will Rule, Trade Me Anything

Monday’s mail brought a package from Night Owl over at Night Owl Cards, the latest trade over the web – this time Twins for mostly 1971 cards from my childhood.  Night Owl whacked a few cards from my wantlist, plus a few that hadn’t made it onto the list yet.

It turns out that there is a Toppstown Blue parallel, too.

Night Owl has a whole lot going on at his website — check it out, and make a trade with him, while you’re at it.  He has the Runner Seal of Approval (whatever that is).  Thanks again, N.O.

re: #2 – I was at the Wiltern Theater in L.A. when this concert was recorded on July 19, 1986.  Most memorable part was the series of acoustic solos and duets performed by Steve Hackett and Steve Howe to open the concert.

Insect Photo of the Day:

I went out to get the mail the other day, and noticed the Carolina Mantis at the side of our front step, so I nabbed the camera and got a few pics. When I finally dumped them to the computer and checked them out, I noticed she was laying an ootheca! Now I feel like a heel for disturbing her work. I’ll have to be on alert next spring for when the young ‘uns start appearing.

Mixin’ it up again this Friday…

Insect Photo of the Day:

Mo and I were by the breakfast nook yesterday afternoon, and I was annoyed to see a green lacewing laying eggs on the sliding glass door.  On closer observation (with my myopic, non-bifocalled eyes), I noticed the “raptorial” front legs, and ran to grab my camera. 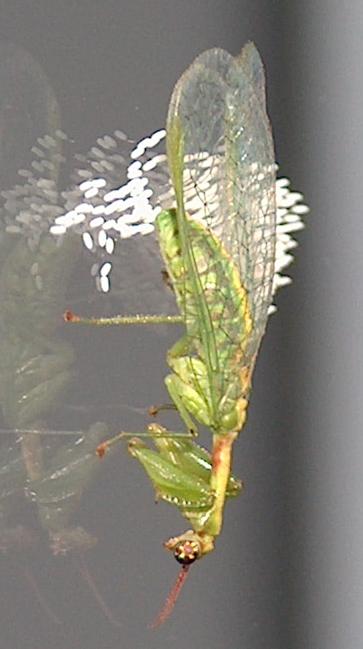 There’s nothing like receiving a load of Twins cards in the mail to improve one’s day, and that certainly happened Friday.  Jim from over at The Phillies Room took a big swipe at my wantlist and swapped several Twins for a bunch of Phillies stuff, mostly 1974 singles and some fun oddball stuff.  Jim even threw in a few extras; most that I already had (but that I can find a new home), but a couple neat ones though.  Here are some highlights: 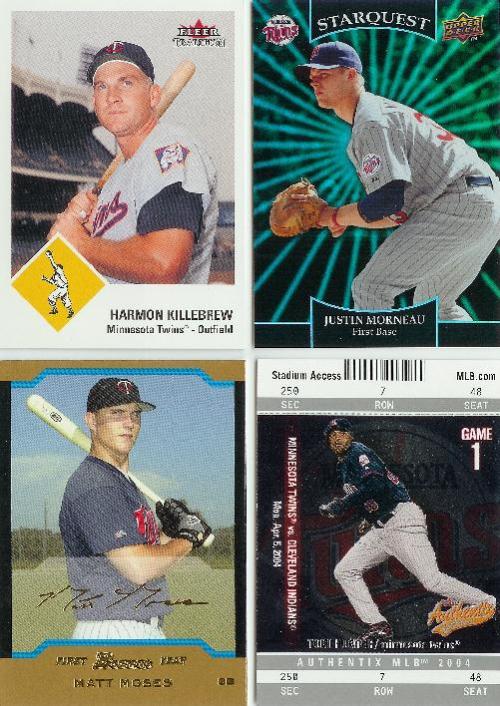 In addition, a few others caught my eye: 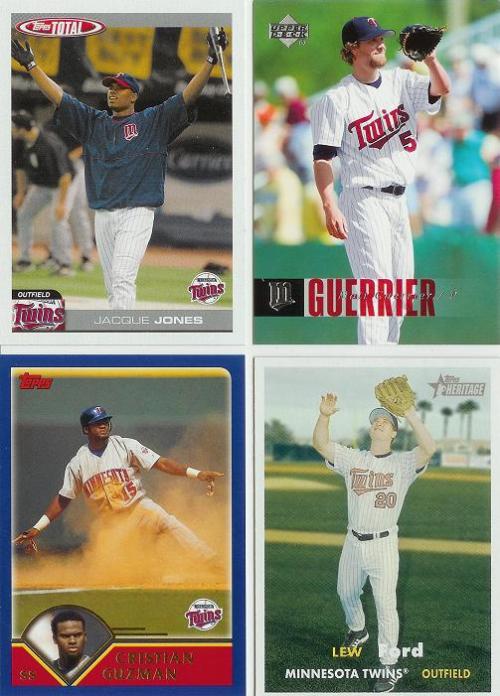 Trading with Jim gets two thumbs up from me; I’m sure we’ll work out another swap sometime.  And for him (and all of us), I’d sure love for the Phillies to take things in hand in the World Series, too.
END_OF_DOCUMENT_TOKEN_TO_BE_REPLACED